Behind the Track: The Weeknd's Blinding Lights | Production and arrangement breakdown

The platform for creators to review and collaborate on their audio projects. 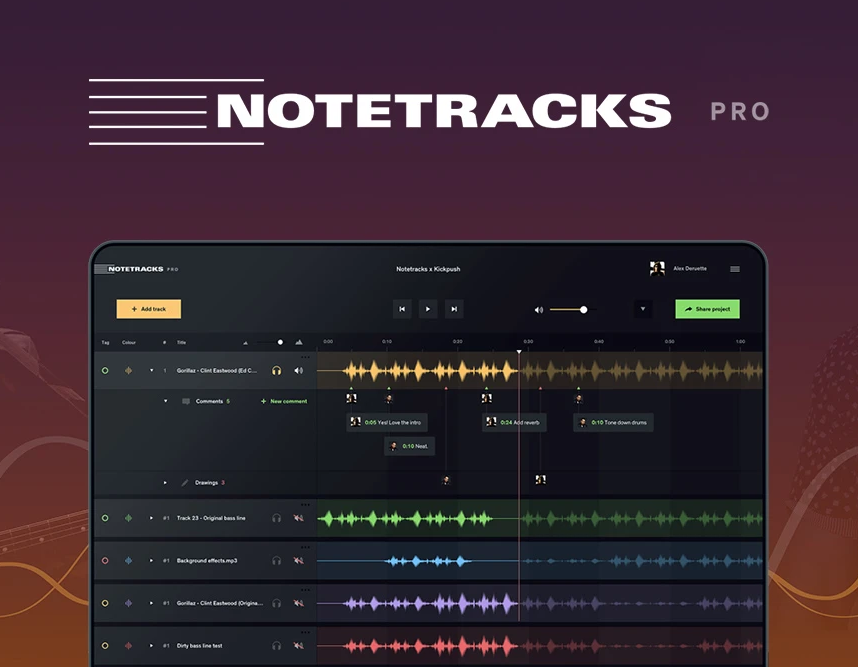 In this post, we’re breaking down The Weeknd’s record-breaking single “Blinding Lights”. You’ve seen it topping charts, you’ve heard it on TikTok, and you probably even saw the Weeknd's Super Bowl halftime show.

Now, let’s take a look at the production and arrangement elements that make up this hit song. What exactly makes us want to play it on repeat

We’ll analyze the instruments, techniques, and effects used in the production of “Blinding Lights” so you can learn, get inspired, and improve your own music production skills.

Max Martin, one of the world’s best pop songwriters and producers, is the genius behind “Blinding Lights”. Like many chart-topping Max Martin songs, it pulls together elements from different genres and musical eras, creating a sense of familiarity while still remaining fresh, contemporary, and unique.

The key element in the production of “Blinding Lights” are the subtle details and transitions. At first glance, most of the arrangement and the instruments stay the same — there’s a consistent kick-and-snare drum pattern, the same chords, and the same 80s synth line.

What gives the song energy, movement, and what keeps it interesting are the small details. If you listen closely, no two transitions between sections are the same, and new elements and ad libs are constantly introduced. Even instrument phrases, though repeated in some sections, are mixed or filtered differently, giving them a new role in the mix each time.

This is why each part sounds so familiar and pleasant to the ear, but the song never gets repetitive or boring. There’s always something new or unique added in.

We’ve put together a video, breaking down “Blinding Lights” using Notetracks and diving into each subtle detail that helps shape the song. Watch it below or click on each heading to jump straight into that section of the video.

The song starts with a dark synth. Interestingly, this sound doesn’t appear again in the song — it’s not a lighter version or a teaser of what’s to come, as is the case in most pop songs.

0:05
We start to hear a teaser of the synth lead that will appear in the post chorus of the song. It’s not the full melody yet, just a few notes from it. ‍

The drums come in here. It’s a simple kick-and-snare pattern that sounds like it was made using an 80s drum machine. This beat stays throughout most of the song and gives it much of its character.

We hear the first ad lib. It’s very small and subtle, but serves an important purpose. When the intro is this long, it’s easy for the listener to lose interest. The small vocal ad lib says to the listener, “There’s someone behind the mic, about to start singing, so you should start paying attention.” ‍

The first riser transition helps take us into the next section. Note that it’s the only transition of its kind — every subsequent one is unique.‍

This is the first time we hear what will later be the post chorus. It’s the most recognizable and catchiest part of the song and, for the most part, stays the same throughout. It’s got the same kick-and-snare drum beat, along with a hi-hat playing 8th notes, a sub bass following the root notes, and a synth lead.

The arrangement here is much simpler than what we heard in the previous section, leaving space for the vocals to come in. The drums remain the same. There’s also an airy, arpeggiated synthesizer in the background, which carries much of the melodic information. The same sub bass from before carries the chords.

There’s a subtle addition in the percussion in the second half of the verse (sounds a bit like a muffled cowbell). Nothing else has changed, but this subtle new element keeps the listener interested and engaged.

Pro Tip: To keep the song interesting, try to introduce a new element at least every eight bars or so.

There’s a change in the vocal tone in the line “I look around and…”. There are now three vocal tracks — panned left, center, and right — which gives this phrase more space and volume. This effect acts as a nice transition into the first pre-chorus.

Not much has changed here in terms of the production. The arpeggiated synth is still there but the filter on it is different — it goes from an airy, muted sound, to something more open and bright.

The bass gets more robust here, as well. It goes from covering the low-end frequencies, to something that has more of the high-end and sounds brighter and more full.‍

Everything except the drums cuts out here and a riser creates a transition into the chorus.

Pro Tip: Pull elements out of a track before a big section to let listeners know that something big is about to happen. This gives the ear a moment to refresh itself and forget about what was playing before. When the elements come back in, they feel familiar but still fresh.

Not much has changed here melodically or in the chords, but individual elements sound more full. There’s more low-end and high-end frequencies in the chords. The 8th note hi-hats are back and they’re much louder here, helping to carry the rhythm. ‍

A cymbal hit creates a transition into the next section of the chorus. ‍

The vocal ad libs “Hey, hey, hey” help create lots of energy in preparation for the synth in the post chorus.

The second half of the melody that the synth plays is the same as the melody done by the vocals in the chorus. This helps reinforce the tune in our heads and makes this melody sound pleasantly familiar every time it comes back in.

This verse is very similar to the first one, but it’s only half the length. It’s still simple and familiar, but doesn’t last long enough to get boring.

The same arpeggiated synth is used here, but the filter is opening up through the verse, making it gradually grow in brightness and energy. ‍

The “Oh” ad lib helps create a transition into the pre-chorus.

The hi-hat is back, but it’s very muted and subtle.

The vocal melody is different from what it was in the first pre-chorus — it ascends and adds a bit more excitement.

The arpeggiated synth is even brighter, and has more body and depth than before.

Most of the instruments drop out again to create a transition. Unlike in the first pre-chorus, the drums also drop out completely in the second half of the transition to create more space for the riser. Claps are also added this time around.

Nothing much has changed from the first chorus, but there are now vocal pads filling up space in the background and adding a bit of sonic character.

The bass is much thicker this time, too, filling out the low-end and the low-mid frequencies. ‍

A synth rides up the keyboard to create a transition into the bridge.

The hi-hat is replaced with a tambourine here.

There’s a call-and-response effect in the vocals, creating a more spacey, more 80s-like atmosphere that complements the synth and the drums.‍

Pro Tip: Think about how the instruments affect the vibe of the song and see how you can play around with the vocals to support that atmosphere.

Ad libs help with the transition into the chorus. There’s no instruments dropping out like before.

The first part of the chorus is the same as the others. ‍

There’s a new transition element here that sounds like an atonal sine wave gradually going up in pitch. Plus, we hear the “Hey, hey, hey” ad libs again that help create energy in preparation for the post chorus.

The same tambourine that was used in the bridge replaces the hi-hat here.

We hear the same vocal pads that were added in the second chorus.

A reverse cymbal here acts as the transition into the outro.

This is the first time that we’re hearing the lead vocal melody and the lead synth melody together.

There are no drums for the first time since the intro, and the chords are much more subtle, creating a calm, peaceful conclusion to an otherwise highly energetic song.

So there you have it! To hear a more in-depth analysis alongside the track, as well as to learn how you can use Notetracks to analyze songs on your own, be sure to watch the full video.

Did you learn something new that you’ll be trying out in your own projects? What song should we break down next? Let us know in the comments!

The Notetracks team is a passionate group of creatives empowering others to create their best work by sharing tools, insights, and expertise.

Be the first to know about the latest news, posts and features.

Thank you! Your submission has been received!
Oops! Something went wrong while submitting the form.

Serving as your team’s personal notebook for audio files, Notetracks is the platform for creators to review and collaborate on their audio projects.